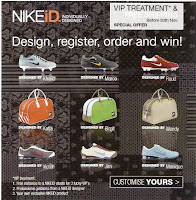 Yesterday at the HVA, I sat in on an interesting presentation by Eric Ariens, Content Director at Sanoma Digital.

From the cases and examples he gave, it is very clear that 2010 was the year that CPS [cost per sale] went mainstream in Holland. Dutch media owners held on to their CPM advertising model, for dear life, much to my annoyance back then.

Back in 2006, I was asked to set up the Dutch subsidiary of a French digital advertising company [Come and Stay], that had operations in North America and most of Western Europe. To be honest they were very successful riding the CPX trend in Scandinavia and the US. The goal was to convince Dutch media owners to allow us to advertise for our advertising clients [consumer brands] on their site, or to their email database. We would effectively monetarize their users for them. The catch? Performance payment only and they would only get a percentage of the deal.

Advertisers wanted it big time, for obvious reasons, but media owners didn't back then. What an up hill struggle it was then to get media owners to trial pay for performance advertising! At the time big media owners like Sanoma were hanging onto their CPM model for dear life, so we had to make do with monetarizing databases for the likes of www.SMScity.nl and www.Studentsonly.nl. Now Sanoma is singing its praises, with 25 Euro per lead revenue deals when consumers agree to a test drive with the latest imported car.

The first deal I sold for Come and Stay B.V. back then was to Nike [www.NikeID.com to be precise], a campaign to help launch their site in Europe. The email version of the campaign is shown above, the web versions of the campaign looked very different. It was a big coup at the time, in fact the campaign became a global one over night, as my international colleagues jumped at the chance to make big money! Or so they thought.

Damn, we would have made huge money if I had negotiated a CPC [cost per click] deal, rather than a CPS deal! [Nike can be quite determined at the negotiating table.] Thousands of interested people visited the NikeID site that week, but considerably less bought anything, unlucky for us.

We had 3 main learnings from that experience with Nike ID:

1. Not every consumer jumps at offers from Nike, targeting relevant ads was limited back then.
2. Never direct visitors to a page with flash, when many consumers back then could not view it.
3. Try and make sure the response page is owned by you and you have control over its usability.

The online media reach and the email lists we used for the Nike campaign, although huge in quantity, had limited quality to them. There was no way back then, with the data, to target the Nike ad to people who really would be interested, as the big media owners were only just starting to collect that level of detail and data on their users.

CPX campaigns make much more sense now for Dutch media owners as well as advertisers. They represent a win-win situation, which was not the case back in 2006. Now media owners can target advertising much more precisely to people on their sites, who are ready to take action or buy something and they can earn 100% of the deal with the advertiser, as opposed to sharing it with the likes of Come and Stay.

With the amount of [anonymous] data that media owners have on visitors and user profiling technology as it is now, media owners can now serve up relevant advertising to their users. As Eric stated during his presentation, a friendly "Can we help you with choosing the right car for you?" served up at the right moment during a users visit to www.autoweek.nl [ie. when the users is ready], is not intruding in the users goals and experience, in fact it is enhancing it.


The choice of which deals to make CPC, CPL or CPS is crucial to media owners revenue streams. CPS and CPL deals work better for some product categories rather than others as we experienced with footwear. Evidenced by the fact that Come and Stay was very successful with BMW test drive campaigns [CPL] and trial subscriptions campaign [CPS] for Swedish publisher Bonnier AB. But hey at least Nike looked good on the client list of the newly formed B.V.!

I would have appreciated this CPS revolution in the mainstream media, to have started 4 years earlier, as it would have made my life easier, but on the plus side these sorts of "learnings" stories are ideal material for students!
Posted by Claire I Powell at 23:01